In early 1999, the Atlanta managing council began to consider options for the future of the Atlanta group’s meeting place (the lease on the Dunwoody Chapel was due to expire in August of 2000). In the early spring of 1999, an unsolicited phone call came from a devotee in a neighboring state inquiring about the “Temple 2000” project. The devotee wanted to help Yogananda’s work in the southeastern United States and had heard about “Temple 2000” while attending an SRF Tour in Atlanta. He offered to donate a substantial amount of money to help with this effort. Two weeks later, another unsolicited call came from a Georgia devotee expressing interest in donating substantial funds for the construction of a new building in Atlanta for “Temple 2000”. From these calls, the initial “seed” money was donated to kick start our efforts in Atlanta. As plans were evaluated, a member of our group offered a substantial donation and non-binding loan to enable our group to consider constructing a brand new building rather than acquiring and renovating an existing structure. Other members of our group also came forward with generous offers to donate funds. Events moved rapidly from this point.

Fortunately, several members of our group had extensive experience in construction and contacts in the industry. General plans were quickly drawn up, and presented to Mother Center representatives at the 1999 Convocation. While expressing doubt that building a center in Atlanta could be accomplished in several years much less than in one year, the financial and construction planning was so well done that Mother Center gave the go-ahead to proceed. In the coming months, a lot of support from Mother Center and devotee’s faith in our efforts helped clear many hurdles.

During the fall of 1999, a search for the land to build the new “ Temple ” was carried out by several members while more detailed plans were being developed for the size and style of the building. A weekly building committee meeting kept things moving forward. A meeting with a friend of one of our members who is a world famous architect yielded exterior detailed designs and suggestions on interior spaces. Initial contacts with major construction companies that usually do large scale multi-million dollar projects agreed to take on our little “Temple”, as a favor.

The remaining problem still was the land. All potential sites were either too expensive (over $1 million) or too far away (35 miles outside of the City), or both. One day two members of the land committee went to check on a site in northwest Atlanta. They took the wrong exit off of the perimeter highway that encircles Atlanta “by accident”. After a few miles they realized that they were on the wrong road and turned at the next intersection to turn around. While doing so, they saw a sign on a vacant lot near the corner that was exactly the right size for our “Temple”. Better still, it was zoned for our construction needs and was only $150,000 because a gas pipeline system ran through the property limiting the development of the property. It ends up that it fit perfectly for our needs, and also provided a perfect east-west alignment for the sanctuary! This property, located within 15 miles of Downtown Atlanta, is ideally located. Normally this property would have cost several times the amount we paid for it. We also found out later that the Atlanta Indian Cultural Society headquarters is located less than a mile away! A happy coincidence? We saw it as Divine guidance!

The land was officially purchased on January 1, 2000, and construction began within two months after preparing the land for construction. So many contributed their time, talent, money, and faith that it is impossible to enumerate them all and to thank them enough. Yoganandaji truly assembled and directed a Divine entourage of devotees to build his Atlanta temple.

After meeting the many challenges, the Atlanta Center opened for its first service on September 30, 2000 (Lahiri Mahasaya’s birthday) with a morning ribbon cutting and special service followed with an evening meditation service commemorating Lahiri Mahasaya’s birth. On November 12th 2000, monastics from Mother Center formally dedicated the Atlanta Center. This building in Atlanta is given as a gift to Yoganandaji and Self-Realization Fellowship. The nonbonding loan was paid in full for donations by members of the Atlanta group in 2010 (14 years early!).

It is also important to note that Yoganandaji predicted the building of the Atlanta Temple in 1945 to Ms. Mary Lou Edwards, who was from Atlanta. He told her she would live to see a Temple built in Atlanta . Mary Lou, who had many health challenges during the 1990’s, from which she recovered “miraculously” several times, lived to see the Atlanta Temple being constructed. While unable to visit the site during its construction, she was kept informed of its progress. She passed in early September 2000 (less than one month before its official opening) secure in the knowledge that her Guru’s prediction had been fulfilled.

By the end of 2000, the Atlanta Center building was 50% completed with Fellowship Hall and the entire 2nd floor being left unfinished for future construction. It was anticipated that over the next 3 to 7 years these would be completed, which included the construction of monastic quarters on the second floor. Again, devotees unexpectedly stepped forward with generous donations to support Yoganandaji’s work. By September 2002 (in just two years), the second floor was finished, which not only included the monastic quarters, but Sunday school rooms, a recreation room, office space, a youth group meeting room, and restrooms. Fellowship Hall was also completed, including a full kitchen.

The Atlanta Center is now the hive for many devotees to bring the honey of their devotion. The Atlanta Center holds services just as an SRF Temple does. There are Sunday and Thursday services, extended meditation services, commemorative services, a lessons study group, a kirtan group, Sunday school programs for two age groups, a youth group for teenagers, quarterly socials, special programs, and other activities for members.

For a detailed history of the Atlanta Center, read "A Divine Friendship Beyond Time: Paramahansa Yogananda and Mary Lou Edwards" available at Lulu.com. 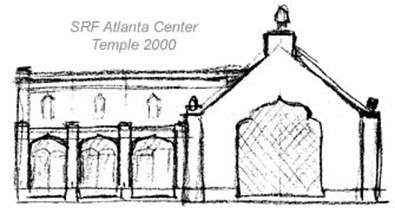 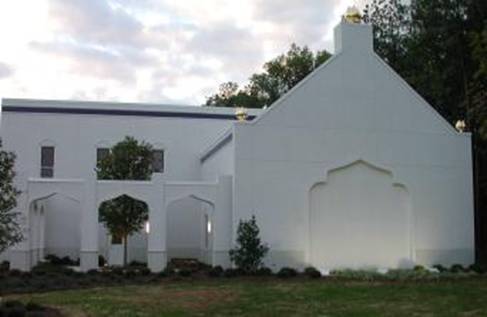 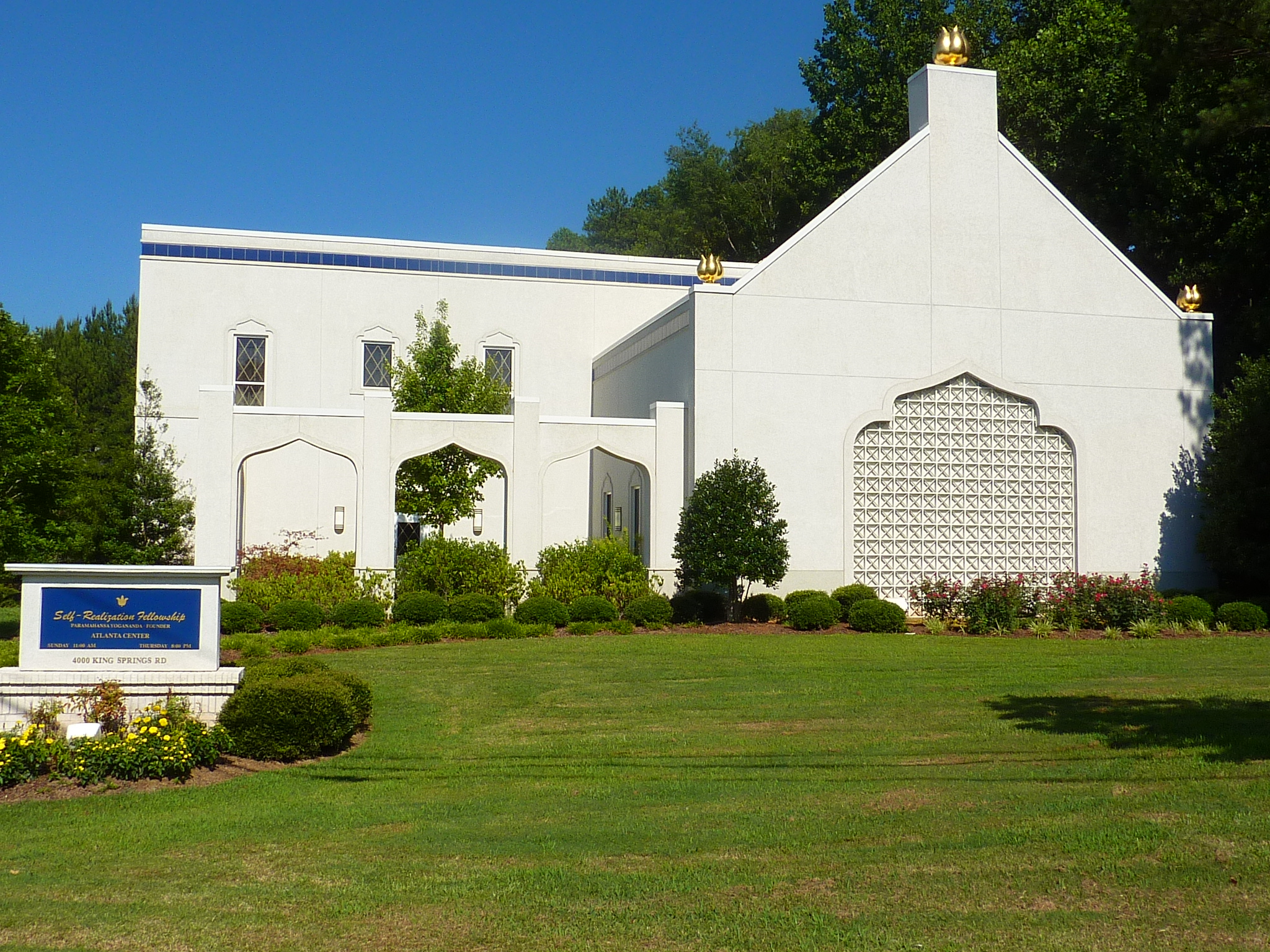 SRF Atlanta Center Building View with the Sign in the front

Sunday - Meditation, 10am*
Sunday - Reading and Sunday School, 11am*

More ebooks from Self-Realization Fellowship are also available on Amazon.com and Apple iBooks